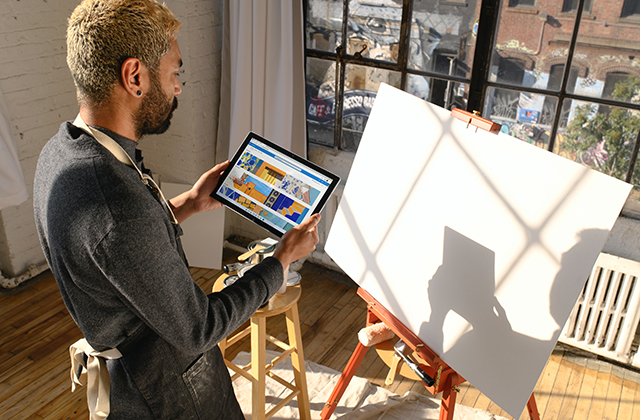 In today’s world everything is going digital. Communication is becoming Digital Communication, advertisement is now Digital Advertisement. So with these changes the meaning and definition of designing has also changed and is now known as Digital Designing. The importance of concept boards in digital designing is to make the life easier of the artist.

Now don’t get confused by the this word.
Simple meaning of this is any designing done on digital platform is known as Digital Designing. In early days people used to draw by hand on paper/ books but now same things are drawn by hand but the difference is now we use stylus instead of pencil, we have tabs, screens to draw rather than on paper. We fill color in our art work but not with water colors or paint colors but digitally in software’ like Photoshop, illustrator, digital painter tools etc.Earlier we used to have different kinds of brushes for painting,hard,soft,thin, thick,round, square,etc but now we only have one stylus and rest settings can easily be done in the software itself.

Digital designing in not only limited to Digital painting it includes all other forms of designing:

1. Graphic Designing: Graphic designing was known as flat designing. The images we see on a page advertisements about other things and all, Visiting cards, brochure, pamphlets, etc. But now with the introduction of Digital even the definition of Graphic designing has also changed. New age graphic designing is breaking all the stereotypes of flat image designs.

2. 3D Designing: Any objects that are created in 3D software’ are called 3D designing. These objects are rendered in order to view them or use outside of the software. These images have depth that differentiate then from flat images or graphic designs. With the introduction of 3D printers, this field is also becoming infinite; unlimited number of opportunities and work.

3. Video Production/editing: Video production is also a form of digital designing. You create a whole video with your own creativity and present them in video form. Videos are just images playing per second.

4. Motion graphics: Branch of video production but full of 3D motion. So this combines the work of graphic as well as 3D.

5. Architectural Designing: A branch of 3D but in architectural form. Those building plans you see on pages are created in 3D with the help of various 3D software’ giving a realistic outputs. This field is not limited to only images but is now have extended to videos and even to VR.

6. Product Designing: Product designing is combined form of graphic and 3D because first the product is designed in sketch or digital art form and then in 3D, so this field is created after the introduction of Digital Designing.

7. Package Designing: How the things will be packed and delivered to customers, this is what is done in package designing. This is the filed that is emerged from graphic designing. This website will guide you in creating concept boards.